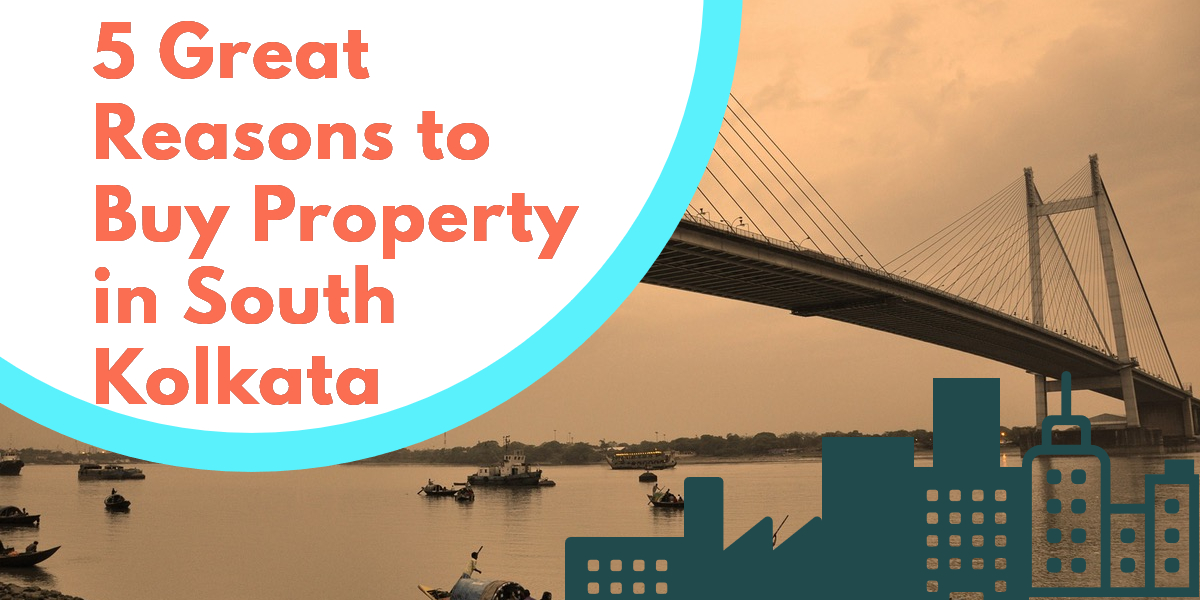 South Kolkata has emerged as one of the hottest residential destinations of Kolkata – because of its prime localities, location, affordability, range of options and higher appreciation potential.

According to experts, the 5 most compelling reasons to buy property in South Kolkata are…

One of the biggest factors that determines whether the value of property will rise or fall is its neighbourhood.A recent ICICI Property Servicesstudystates that localitieslike Ballygunge, Alipore, New Alipore – all of which are in South Kolkata – are considered the “most prime residential localities of the city[1]”.

South Kolkata is well connected to other parts of Kolkata – and moving forward, connectivity will improve significantly.

At a time when homebuyers are becoming increasinglyprice- and location- conscious, South Kolkata is “witnessing a pan-Kolkata appeal in terms of end-use residential demand[2]”. This points to a healthy trendthat will continue in 2017 and beyond.

One of the major reasons for South Kolkata’s mass appeal is that it is still very affordable relative to its locational attractiveness compared to other parts of Kolkata.

If you’re looking to buy a flat in South Kolkata, you’ll be surprised at the choices. Flat prices can start from around INR 12 lakh (1 BHK) and go all the way up to INR 2.5 crore and higher (see below).

When investing in a flat, cost is an important factor – but not the only. Other factors also matter – such as:

South Kolkata scores well on these factors – which means it is a safer and more attractive investment option for home owners– especially those who may be worried about the 6 ways in which demonetization will affect the property market in India.

If you’re looking to buy a flat in 2017, do check out South Kolkata. It has some of the most upscale localities, excellent locational advantages, a wealth of affordable options – as well as a higher appreciation potential (which is always a huge plus-point).

Harsh Modi works as Director at Eden Group, a Kolkata based real estate company. A strong supporter of the Real Estate Regulatory Act, he believes it is a major step towards improving the Indian real estate market – as well as the confidence of consumers and institutional investors.