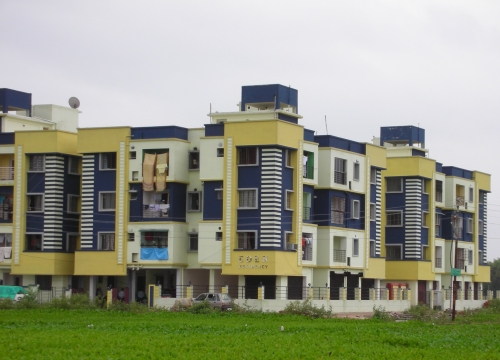 Describing Kolkata:  Won’t you like to brush up your knowledge about the city you intend to live in –  Kolkata is a magical place to stay in. And if you have lived here for decades you simply would not like to move out of the city at all.

Kolkata previously known as Calcutta and was a historically relevant city in the centuries gone by. In 1877 on the 1st of January Calcutta became the preferred choice of the British for their capital of their colony India.  The University of Calcutta was established in the year of 1857. The Calcutta Medical College came into existence in 1835, being Asia’s largest medical school. These are just a few interesting facts about the city to begin with. The ‘city of joy’ as it is favourably named has many such feathers in its cap.

Kolkata, as is presently known, is a country of teeming multitudes but it was not so centuries ago. Years ago there in the absence of any electricity there were only gas lights which lit up the whole city. Only the main streets were washed daily with water from the Ganges. The city life in Calcutta was a sight to savour what with horse carriages doing the rounds in the city and an occasional hawker peddling his wares right from fresh garlands to sweets and confectionaries. There was the hustle and bustle of a city life though large parts of Kolkata still remained uninhabited in those days. It was through gradual reclamation of land that Kolkata has become what it is today. And with times the city has evolved to include more and more people within its territory so as to become a well known metropolitan city in the world.

It must be mentioned that Amit Chaudhury says of Kolkata in a not so flattering way, “It seems that every Bengali Bourgeois destiny is to be a Pravasi.” So having property in Kolkata is add a “Kohinoor” to your wealth. It is true that Kolkata is losing out to its counterparts the edge of being a metropolitan city.  In 2006, Lufthansa the German carrier had arrived in the city of Kolkata hoping to tap the hugely potential market. But a few years down the line they have bid adieu to the city hoping to return when conditions improve.

But we can say efforts are on at this stage to revive the city’s old glory. Kolkata has been identified as the commercial hub for the entire eastern and north eastern regions of India. Moreover the city of Kolkata has a heightened strategic importance because of the Kunming initiative between China, India, Bangladesh and Myanmar. Kolkata has been named as the gateway to the east (Southwest China and Southeast Asia). Thus the city having such strategic importance and being the commercial hub of eastern India it is obvious that you would like to settle down in Kolkata for the rest of your life. Kolkata is a cheaper option with regard to living standards when compared to other metropolitan cities in India.

The best real estate available with us: We, at Eden Group have with us Kolkata property all situated at prime locations. Our current projects within properties in Kolkata include those in the Tollygunge area and the other one at Ballygunge area. Our other residential projects in Kolkata include one housing complex near Ruby Hospital in the Bypass area and another near Tollygunge metro region.  Flats in Kolkata are currently available with us which are ready for booking. All our real estate in Kolkata is easily accessible by rail and roadways.

Share Your Thoughts to visit this site Cancel reply