The Next Big Thing in PMAY: Housing For All By 2022 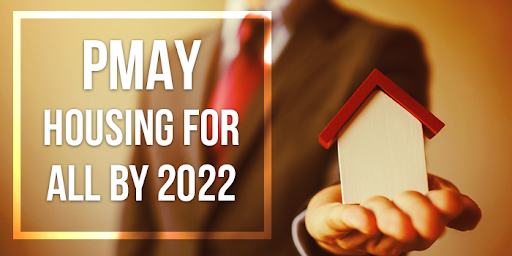 Being a developing country, such schemes are always welcomed by the common people. Subsidies and discounts offered under this scheme are quite lucrative, and as a result, will inspire many to own properties, especially in the rural areas. Provisions are made to provide pukka houses, sanitation, electricity, water and other basic facilities to the weaker sections.

If you think that you can reap the benefit from PMAY if you have small accommodation, you are wrong. You can buy a villa or a bungalow and take loans of 1 crore as well.  The construction and selling of big and expensive houses will boost the real estate market & the sale of real estate complexes and will help contribute to the nation’s GDP too.

Hardeep Singh Puri, the current Union Minister of State with Independent Charge in the Ministry of Housing and Urban Affairs says that the scheme will be quite successful in both rural and urban areas and will be able to meet the targets much before 2022. The scheme is on its way to meet the target to deliver 1 crore housing accommodations to the people by the end of next year, that is, by 2019. However, there are a number of hurdles coming on the way of PMAY like the forceful evictions of people under HLRN or Housing and Land Rights Network.

PMAY is welcomed by mixed reactions

Various states have co-operated with the PMAY scheme at various levels. While UP is the state where the highest percentage of PMAY implementation (61%) has been done in the rural areas, Chhattisgarh has achieved only 43% of the target and Madhya Pradesh has achieved 44% of the target.

The PMAY-G (Pradhan Mantri Awas Yojna-Gramin) was targeted towards the rural areas of India and it has secured the 1st position in the country. The construction targets of 2016-17 and 2017-18 are completed in a year and for the Uttar Pradesh alone 85% of the work is done.

Much of state government support is required for the effective implementation of PMAY, and this will provide an instant boost to the sales figure of properties and reduction of the property prices instantly. Though the scheme is yet to be implemented in a full-fledged way, it still has 4 years to catch up. Hope that the scheme gets 100% success by the year 2022.